Chinese Cooking: A Natural Way to Eat and Thrive

Chinese people place great importance on what food a person can eat and how that food should be eaten. The body is considered to be an extension of the universe, and consequently, what can and should be eaten relies largely on maintaining the balance between the body and the univers.

Therefore, what is eaten during a given time, and how the food is prepared, is an important part of Chinese culture.

Historically, Chinese food has been closely tied to medicine, since anything that goes into the human body can either nourish it or harm it. The earliest Chinese medical texts list hundreds of ingredients, along with the effects they can have on the human body.

One of these books, called The Yellow Emperor’s Classic of Internal Medicine (黄帝内经, Huáng Dì Nèi Jīng), was written in the early Han Dynasty (206 B.C.–A.D. 220) and is more than 2,000 years old.

In The Yellow Emperor’s Classic of Internal Medicine, food is separated by its nature and characteristics, and recommendations are made for what types of food to eat for different health conditions and during different seasons or in different climates.

Medicinal Cooking
An important aspect of Chinese cooking is balancing yin and yang. It is believed that when the body is thrown out of equilibrium, a person will get sick. To avoid this, care has to be taken to eat the right types of food in the right season. If illness strikes, food can be used to replenish whatever is missing to bring the body back into equilibrium again.

Balance is easily thrown off when the weather changes. Therefore, food with high yang content should be eaten in the winter when the cold weather causes yin levels to rise in the body, and food with high yin content should be eaten in the summer when there is too much yang in the body.
Yin foods, like melons and cucumbers, are cold and refreshing. Yang foods are warmer and often considered “hot,” including peppers, garlic, and onions.

In addition to yin and yang characterizations, food can also be categorized by flavour. Sour, sweet, bitter, spicy, and salty make up the five main food flavours.

A healthy meal includes a mix of yin and yang character foods and should also contain each of the five flavours. That is why in stir-fried Chinese dishes, there are often mixes of sour and sweet or spicy and salty.

Since it is important to maintain balance, a person should not eat too much of any one type of food. One should eat a little of everything, since the body needs a moderate amount of all the different types of food to be healthy.

Illness is often caused by too much yin or too much yang in the body. Therefore, when people are sick, they should take care to eat the type of food that would replenish the yin or yang that is missing.

For example, some types of illnesses are considered “cold” and caused by too much yin in the body. Such an afflicted person should refrain from eating yin foods, like melons. On the other hand, someone who gets sunstroke should avoid yang foods, like garlic and onions. 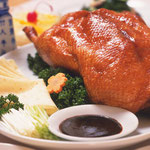 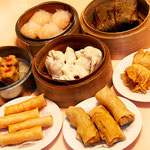 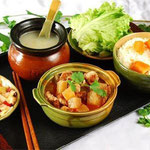